Safe in Canada, Khaled Al-Qazzaz speaks on his nightmare spent in a notorious Egyptian prison 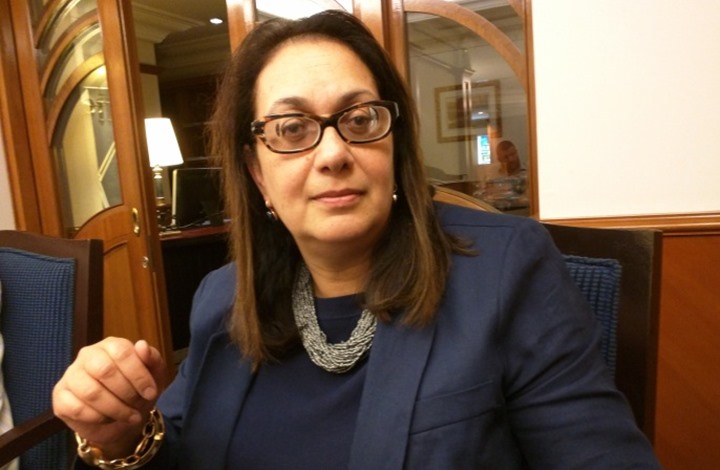 Dr. Maha Azzam, Head of the Egyptian Revolutionary Council sets out 10 reasons on Why Sisi is a political and security liability to his regional & international allies:

2) The overthrow of Egypt’s first democratically elected president has given rise to resentment & anger. In addition, repression has resulted in a growing belief among some that the system cannot be reformed peacefully; that the violence of the state needs to be confronted with violence. This will result in an increasing cycle of violence, loss of life and insecurity for all.

3) The complete demise of the judiciary & the absence of an independent judicial system since the coup of July3 means people will increasingly take the law into their own hands.

4) Policies of blanket bombing and displacement of families and summary execution by shooting of citizens in Sinai will only provoke more violence.

5) Naming Hamas a terrorist organisation will add to polarising the situation & will cement the belief that the Sisi regime is playing to Israel’s tune.

6) The foray into Libya & support for Haftar will only result in the Egyptian military sowing more conflict and more reprisals from ISIL and drawing in outside intervention.

7) Offering Egypt’s armed forces as a mercenary force here and there will only over -stretch the military, undermine its moral and weaken its resolve. All this is a threat to stability.

8) The biggest challenge for Egypt is economic development and responding to the demands of a population of 90 million. Any real development needs to deal with the issue of corruption. Sisi & his regime cannot deal with the issue because they are part of it and feed into it. They nurture it in the judiciary and all institutions of the state and they rely on the support of a corrupt business elite. They have released those detained after Jan25 for corruption.

9) Sisi has polarised Egyptian society from the first day, calling on people to come out & support him knowing the danger this poses. His media has employed incitement and a language of hate. There is no prospect for national reconciliation under such a regime.

10) Sisi is not treating Egyptian Christians as citizens but as a card in his own struggle for survival and he will exploit the sectarian card with disregard to Muslim & Christian lives when he needs to. This will create sectarian strife that will fester for years. The threat to Egypt’s political security, economic & social well being is unprecedented. Egypt faces a crisis that will tear the state and society apart. All dictators are dangerous but in the case of Sisi, Egypt and the region are also dealing with an incompetent military dictator who believes if he instills enough fear in the population he will be able to tell his allies that it is business as usual. But of course it is not business as usual because there are too many Egyptians saying we will not accept this tyranny and we will bring down the regime and the numbers of those rejecting the regime are increasing. All those concerned with Egypt and the region should be taking serious steps in reviewing/considering how they want their relationship with the people of Egypt and its future government when the regime falls.